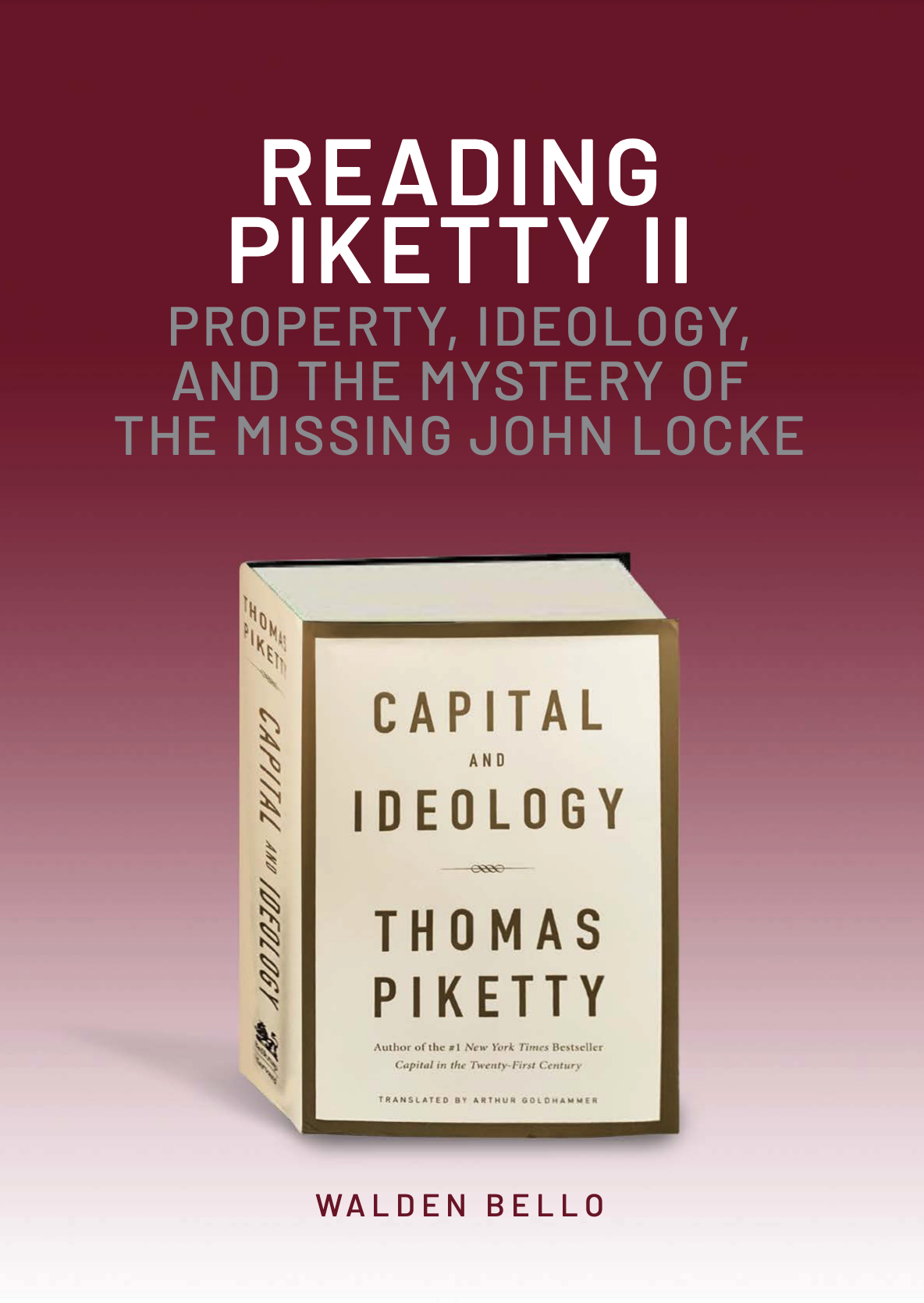 Reading Piketty II: Property, Ideology, and the Mystery of the Missing John Locke

Thomas Piketty’s Capital and Ideology is a wide-ranging exploration of the origins, maintenance, and persistence of inequality that spans 1042 pages.  In the interest of making the French economist more accessible, Focus on the Global South came up with Reading Piketty I: A Concise and Comprehensive Summary of Capital and Ideology.  Released in January 2021, this was a straight summary, with a minimum of commentary, that was intended to present Piketty’s ideas as objectively and fairly as possible.

This companion publication, Reading Piketty II, moves from elucidating Capital and Ideology to critically assessing it.

Capital and Ideology is not in the tradition of Marxism but in that of the Radical and Progressive schools of American social thought whose pioneers included the early 19th century Radical philosopher Thomas Skidmore and the late 19th century Progressive economist Henry George.  Piketty and his Radical and Progressive predecessors see land and other forms of wealth as assets that are socially owned but whose fruits are unfairly privately appropriated.

The drive to monopolize wealth is not driven primarily by the dynamics of capitalism but by a “proprietarian” ideology, the central dynamic of which is to extend its reach beyond land to new forms of wealth such as stocks and bonds and to legitimize their capture by private hands.  While he considers ideology central to inequality, Piketty’s approach puts too much emphasis on the socialization of people into an ideology and its generational transmission as a rational, calculating process.  In fact, there is an attachment to private property that cuts across classes, one that has a non-rational or even irrational basis.

A central role in the forging of a proprietarian ideology that remains very powerful was played by the 17th century English philosopher John Locke.  Transmitted culturally over generations, Locke’s influential “labor theory” of the value of land, which initially responded to the interests principally of the rural and urban petty bourgeoisie, has been a major obstacle to class solidarity among those who are harmed by the accumulation of wealth.  At the same time that they militated against solidarity based on class, Locke’s ideas bolstered racial solidarity by privileging whites in the enjoyment of property rights and political rights.

To counter proprietarianism, Piketty proposes a comprehensive program of taxing the rich based on the principle of returning to society wealth that is only temporarily owned by them and channeling the proceeds to social security benefits, a universal basic income, and a universal capital endowment.  This “counter-ideology is, however, crippled by the fact that it does not acknowledge the power of what the prominent scholar of liberalism Louis Hartz called Americans’ “irrational Lockeanism” and ignores the overwhelming ideological hold of white supremacy.  It is unanchored in the complex concrete articulation of property, inequality and ideology.

Irrational Lockeanism, with its subversion of class solidarity, and white supremacy feed on each other.  The way to weaken both at this moment is to confront head on the legacy of white supremacy with an intersectional coalition based on common interests aimed at overcoming racial, class, and gender inequalities and saving the environment, and with appeal to all based on the shared fundamental values of equality, liberty, and justice.