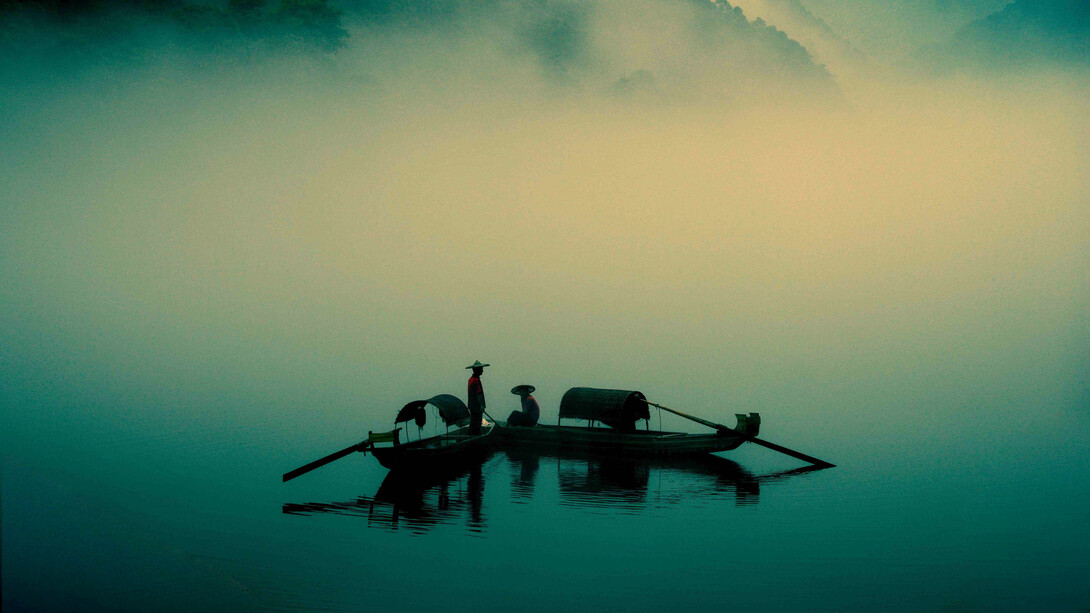 During the Trump administration, there were great worries that the conflict between China and the US would not stop at simply being a trade war, but that it could at some point spill over into some form of military conflict.

The Biden administration will not pursue the trade war, but there are elements in the national security team of the new administration that, like Trump’s people, feel that the US must take a harder line towards China on other fronts, though unlike people like Peter Navarro, Trump’s trade hawk, they won’t be using a megaphone to broadcast their every move.

This is not surprising since many of these people served during the Obama administration, where they participated in the formulation of former President Barack Obama’s “Pivot to Asia” strategy that was meant to contain China.

Also, there are many influential neoconservatives identified with the Republican Party who supported Biden because they felt that Trump’s foreign and military policies were incoherent and harmful to US global interests, and they are now are exerting pressure on the Biden team to go back to “bipartisan” policies assuring stable US hegemony.

Strategic competition is likely to become the key front under Biden, displacing the emphasis on economic competition that marked the Trump presidency. The Pentagon has consistently identified China as the biggest threat to US hegemony ever since the early 1990s, even as American business championed cooperation with China as the path to the future. With China displacing the United States as the new center of global capital accumulation, the tendency will be for Washington to redress the balance in its favor by relying mainly on strategic power, in which it still has an overwhelming advantage.

The Asia-Pacific region is the central front of this “New Cold War,” much like Europe was during the old Cold War between the US and the now-defunct Soviet Union.

So how do the US and China stack up on the strategic front?

Comparing the US and China on military spending and strength

The US National Security Strategy Paper issued in 2017 characterized China as a “Near Peer Competitor.”

This is patently false if we use objective indicators.

First of all, in terms of nuclear weapons, Beijing has a relatively small nuclear force that is guided by a “No First Use” (NFU) Doctrine focused on deterring a potential aggressor via the maintenance of a second-strike retaliatory capability. The US has vastly superior nuclear capabilities and it has not adopted an NFU position. China has only about 260 nuclear warheads while at the end of 2017, the US’ nuclear arsenal contained approximately just under 1400 deployed and approximately 4000 stockpiled warheads.

Second, China’s conventional offensive capabilities are grossly inferior to that of the US. Two key indicators of a country’s offensive capability are its overseas bases and its aircraft carriers. China has only one overseas military base, and that is located in Djibouti off the Gulf of Aden, from which it participates in anti-piracy activities. The US has scores of military bases surrounding China, 25 major bases and 60 other facilities spread all over Japan; 15 bases in South Korea; three bases in Guam; and five bases in the Philippines. In terms of aircraft carriers, China has two operational carriers with an antiquated Soviet-era design, while the US has 11 carrier task forces, one of them, the Seventh Fleet, based in Yokosuka, Japan, which can easily be supplemented by another carrier task force from the Eastern Pacific in the event of a conflict. US carriers like the recently commissioned USS Gerald Ford are the state of the art, far in advance of anything China has to offer.

Even the Pentagon admits that Beijing’s strategic posture is “strategic defense” which “is rooted in a commitment not to initiate armed conflict, but to respond robustly if an adversary challenges China’s national unity, territorial sovereignty or interests.”

The US strategic posture, on the other hand, is offensive. It has three key components:

One is forward deployment, that is to push the presence of US military power as far as possible from the territorial limits of the US and as near as possible to the borders of a likely enemy.

Second is a warfighting strategy called “Airsea Doctrine.” A key document explicitly points to China as the enemy, and it calls for “kinetic and non-kinetic (other words, both explosive and electronic) strikes” against inland command centers, radar systems and intelligence gathering facilities, raids against missile production and storage operations, and “blinding” operations against Chinese satellites. It also says that China’s “seaborne trade flows would be cut off, with an eye toward exerting major stress on the Chinese economy and, eventually, internal stress.”

Third, the US’s long-term strategic perspective is “Overmatch.” According to noted defense analyst Mike Klare in an article in the Nation, “Although reminiscent of containment in some respects, overmatch differs from Cold War strategy not only because it presumes two (and possibly more) major competitors instead of just one, but also because it requires a perpetual struggle for dominance in every realm, including in trade, energy, and technology.”

China’s strategic dilemma and its response

China’s strategic dilemma is that large parts of the US military forces in the Western Pacific lie right on its doorstep, entrenched in bases on the so-called “First Island Chain” or at sea in the forward-deployed US Seventh Fleet. Most of China’s industrial infrastructure and population are located on the country’s southeastern and eastern coasts and thus are very vulnerable to US power in the event of a conflict.

China’s response to this dilemma has been to push its defenses outwards, placing anti-access, anti-denial weapons (A2AD) in maritime formations it seized in the South China Sea from countries like the Philippines. These moves have been justified unilaterally by saying that 90 percent of the South China Sea belong to China.

Towards demilitarization and denuclearization of the South China/West Philippine Sea

This situation leads one to make three observations and recommendations.

One is that the US-China jockeying for power in the South China Sea is creating a very explosive situation, where a mere ship coalition can escalate into a higher conflict since there are no rules of the game except an informal balance of power, and we all know that balance of power as a regulator of conflict is quite unreliable, as we saw in the case of the European balance of power that resulted in the First World War. Right now, the US and Chinese ships are engaged in provocative games of “chicken” in which jet fighters buzz “enemy ships” or warships head for their rivals then swerve at the last minute.

Second, China’s unilateral declaration that 90 percent of the South China Sea belongs to it and its grabbing maritime formations there from others is brazenly unjust since the other countries that border the South China Sea or the West Philippine Sea also have equal rights to its waters and resources. Beijing’s recent directive giving its Coast Guard the authority to fire on ships, military or civilian, intruding on what it wrongly considers its exclusive territory is a very worrisome development. Beijing has valid strategic concerns, but it is going about resolving them the wrong way, like a classic imperial power.

Third, the only viable solution to conflicts in the area lies in multilateral negotiations among China and the Southeast Asian countries towards demilitarizing and denuclearizing the area that would demand compliance from third parties like the United States. Civil society in all of these countries needs to play an active role in pushing their governments to demilitarize and denuclearize the South China Sea. Since they are likely to be pulled in as US allies in the event of a conflict, it is in the interest of Japan, India, and Europe to promote a negotiated, multilateral solution.

The alternative is ever-escalating tension that one of these days can erupt, perhaps accidentally, in open confrontation.