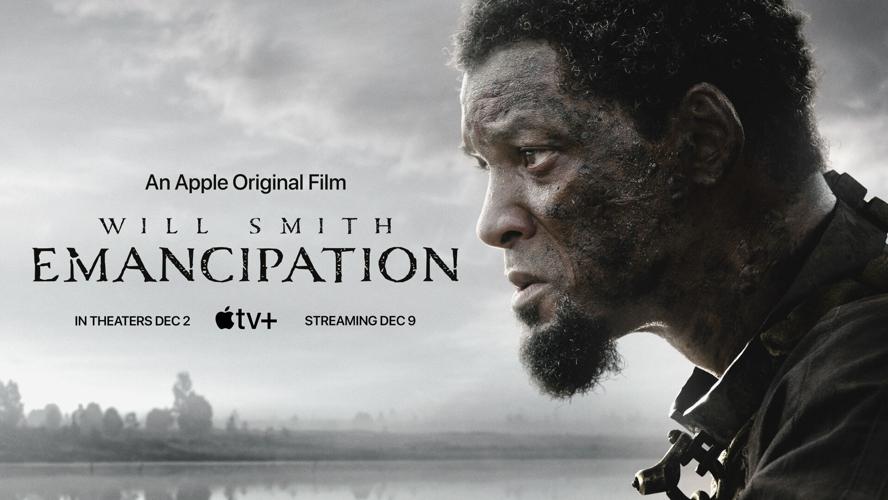 You can never fail with a story of someone successfully eluding those chasing him with bloodthirsty dogs. And if it’s a true story about a slave running away from bounty hunters determined to bring him back or kill him, you have a potential box office hit. But what impresses most about “Emancipation” is its relentless portrayal of white cruelty under slavery. This is an important antidote to “Gone with the Wind,” with its romanticization of the “Southern way of life.” Indeed, it also serves as a corrective to “Uncle Tom’s Cabin.” The scene where the vicious little white girl frantically rings the bell to alert the hunters to the runaway Peter is, one suspects, deliberately meant to ridicule the image of “Little Eva,” the kindly white girl who befriends Tom in that novel. This movie must be read along with Isabel Wilkerson’s “Caste,” which underlines the fact that so powerful was the caste system of slavery that it killed off all human feelings for the oppressed among almost all southern whites.

The film is also very contemporary, with the most memorable lines uttered by the bounty hunter, played by Ben Foster, who says one has to be heartless to blacks because acts of kindness will end up with them taking over the store—exactly the warped thinking of today’s white supremacists that have taken over the Republican Party.

The film also fills in something whitewashed from most historical accounts of the Civil War: the courage of black soldiers serving in Union forces. The portrayal of the successful but suicidal attack on the well-entrenched Confederate lines in Port Hudson by black soldiers is the high point of the film.

The ending, with Peter reunified with his family, is the usual Hollywood ending though. Were I the director, I would have ended it with a flash forward to 15 years later, to the years after Reconstruction, when the Northern elite, eager to reconcile with their Southern class brothers, abandoned blacks to the tender mercies of vengeful southern whites determined to reinstall white racial hegemony via the Jim Crow system. I would have an older Peter running for his life again, this time from a white lynch mob.

Will Smith as the runaway Peter is outstanding–which raises the question, will he able to attend the Academy Awards from which he has been banned for 10 years should he get nominated again for best actor?

Another question. With so many racist school boards and local governments in the US banning books that present the rotten reality of racial domination, will the ban be extended to films like “Emancipation?”