Marooned: Review of Triangle of Sadness 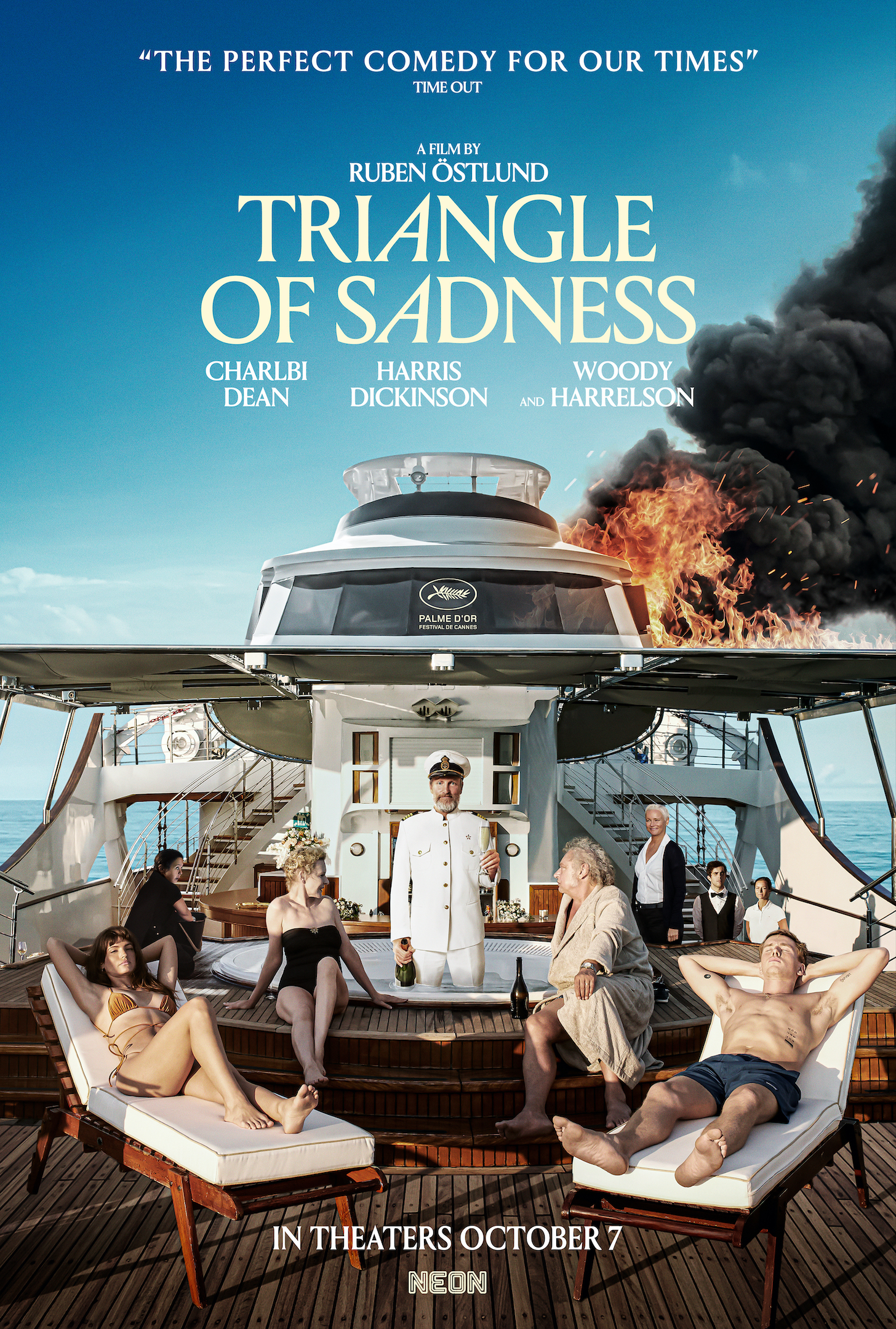 Ruben Ostlund’s “Triangle of Sadness” (2022), which received the Palme d’Or at Cannes, is a new take on a question that was first explored onscreen by Lina Wertmuller’s 1974 film “Swept Away”: what happens when the normal class and gender hierarchies collapse, as when people find themselves marooned on a desert island. But whereas Wertmuller’s film managed to pull off a comic masterpiece from a sparkling script and the electricity between actors Giancarlo Gianini and Mariangela Melato, Ostlund’s version is marked by heavy-handed attempts to satirize the class, racial, and gender relationships in a cruise ship, and is completely lacking in that blend of the comic, the poignant, and the piquant that Wertmuller managed so easily. By the time the last half of the film rolls around, the director appears to have given up on his attempt at black comedy and decides to make an adult version of “Lord of the Flies,” but without the mounting tension and creeping horror of the 1963 film that director Peter Brook made from William Golding’s classic novel about marooned children on a desert island turning into pig-worshiping marauders. I especially wanted to see how Ostlund developed the character of the Filipina crew member (played by Dolly de Leon) who emerges as the key character in the last half of the movie, but, not being a spoiler, I’ll keep that judgment to myself for the time being.