Mikhail Gorbachev: the final leader of the Soviet Union 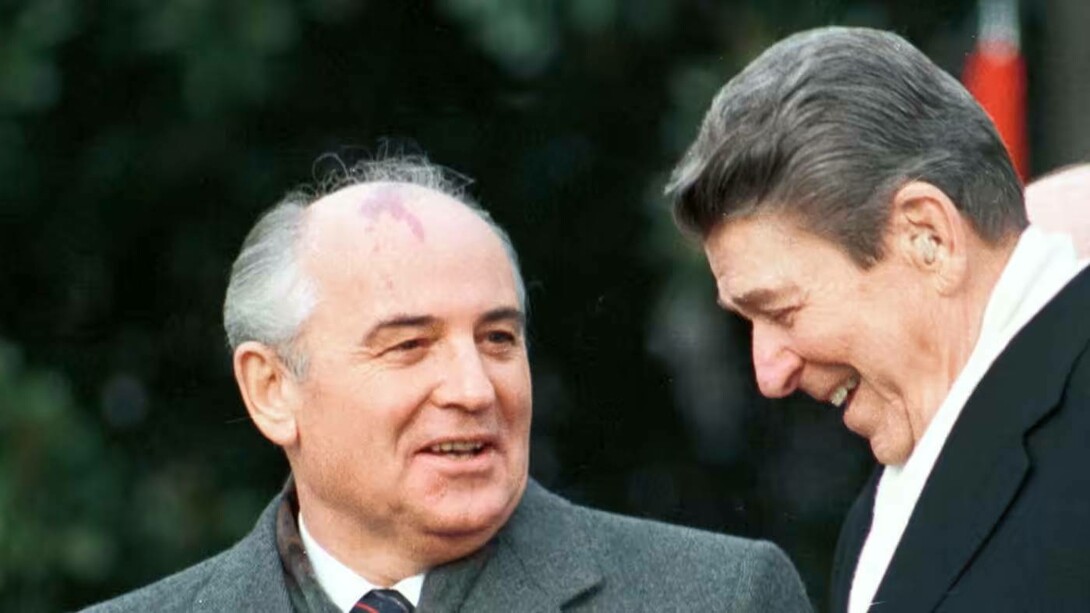 Mikhail Gorbachev once shared the global spotlight with Ronald Reagan. His passing away on August 30 reminded people of their different fates: while Reagan remains an icon of the American right, Gorbachev’s death elicited barely an acknowledgment in Russia.

Gorbachev is remembered in the West as being Reagan’s partner in ending the Cold War. In Russia, however, in so far as he is remembered, he is a once influential figure that initiated a process of socialist reform that ran out control and ended up with Soviet socialism swept away. His failure is seen as having paved the way for reign of his drunken successor Boris Yeltsin, who gave the West and the International Monetary Fund a free hand to bring about the birth of capitalism in Russia.

This destructive process of sweeping away all the institutions of state socialism via radical privatization did not give birth to the free market capitalism that the ideologues of the IMF and their Russian acolytes desired but to a system where privatized assets passed into a few hands that had mastered the system that is best described as pirate capitalism.

The Chinese were horrified at Gorbachev’s bungling and said that the lessons of Gorbachev’s failure boiled down to three: 1) never trust the West; 2) reform the economy, allow the development of private enterprise but keep the state in a leading role; and 3) make sure the Communist Party has a firm hold of the political process. Now one may quarrel with one, two, or all three of these propositions, but it is hard to deny the contrasts between the evolution of the two societies since the early 1990s, as Russia spiraled downwards and Deng Xiao Ping pushed ahead with the Chinese Communist Party’s brand of economic reform.

In Russia, gross domestic product per capita fell by 40 percent and life expectancy plunged. China, on the other hand, began its march to becoming the world’s second-biggest economy, with poverty incidence reduced to less than five percent of the population. Prosperity has resulted in a government that is stable and widely perceived as legitimate. To be sure, there are problems that many points to, like environmental crises, increased inequality, and lack of democratic participation, but the ordinary Chinese would probably respond, “Sure, we have many problems, but would we exchange this system for that of the United States? Of course, not.”

To many Chinese, in fact, the US is beginning to evince similarities to the Soviet Union in the 1980s and Russia in the 1990s. Gridlock has rendered the political system dysfunctional. The US infrastructure and economy overall are in such a decrepit state that some wags say all it takes to convince an American to realize that the Chinese system is superior is to take the high-speed train that travels the distance of 1,318 kilometers (819 miles) from Shanghai to Beijing in 4.5 hours. (Amtrak covers the 457 miles or 735 km from Boston to Washington, DC, in 7 hours!)

As for the global South, Gorbachev’s foreign policy of collaboration with the West, followed by the Soviet collapse, was largely negative for it meant reducing its area of maneuver vis a vis the United States and encouraged a policy of reckless interventionism and unipolar hubris on the part of Washington that culminated in the invasion of Iraq in 2003. To many developing countries, it is only now, with prosperous China offering an alternative pole to Washington, that space for a maneuver like that offered by the pre-Gorbachev Soviet Union has emerged.

How should Gorbachev be judged? Certainly to the western elite, he was and is a hero since he helped eliminate–though one might say unintentionally–a major rival to capitalism. Progressives would probably say the Soviet system needed reform, but Gorbachev botched it and paved the way for Putin’s authoritarian and crony capitalist rule. And the Chinese would probably say, he’s important but as an example of how NOT to manage an economy and political system.

My view is that Gorbachev was naïve in his dealings with Ronald Reagan and the West, who were not interested in Soviet reform but in bringing down the Soviet Union. But being a product of the Soviet system, he could not but realize that he was unleashing a process in a complex system of control dominated by the gargantuan Soviet Communist Party that could only have unpredictable consequences. Gorbachev knew he was riding the tiger, and while I think his key initiatives may have been naïve, ill-conceived, or poorly implemented, one cannot but have respect for people who are willing to ride the tiger knowing that they risk ending up inside it, as he did.