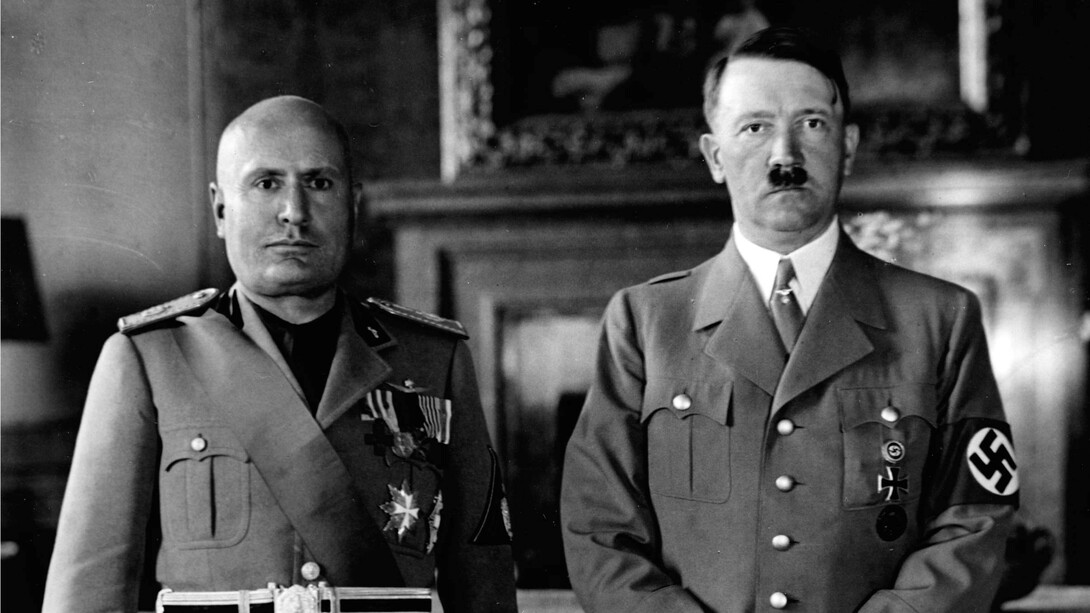 Having tangled with fascists in the streets and studied them, progressive journalist Paul Mason, author of How to Stop Fascism, thinks he has a thing or two to say about them. To him, the January 6 attack on the US capitol was no freak show. It demonstrated that the far right is on the ascendant, that it has become mainstream, that it has momentum, and that countries like the United States are far along in the continuum of fascist radicalization. Barbara Walter has essentially the same message in How Civil Wars Start:

Where is the United States today? We are a factionalized anocracy (a degenerating democracy) that is quickly approaching the open insurgency stage, which means we are closer to civil war than any of us would like to believe. January 6 was a major announcement by at least some groups…that they are moving toward outright violence…In fact, the attack on the Capitol could very well be the first series of organized attacks in an open insurgency stage. It targeted infrastructure. There were plans to assassinate certain politicians and attempts to coordinate activity.

Walter and Mason could not be more different in terms of their backgrounds. Walter is an academic and policy wonk who has done extensive analytical work with the Central Intelligence Agency. Mason is a Marxist. What makes their work distinctive is they come to their conclusions by employing rigorous though contrasting methodologies. They are not folks crying wolf. They know their stuff.

Walter has been doing comparative work on civil wars globally for years, using several databases. The most important of which is the CIA’s Political Instability Task Force, of which she is a part. Mason has not only faced off with fascists in demonstrations but also covered them as a journalist with Britain’s Channel 4 and other news agencies. But most importantly, he brings a critical historical analysis to bear on the early 20th century’s two major experiences of fascists coming to power, in Italy and Germany; to plumb their depths for lessons that might be useful for dealing with the early 21st century’s far-right and outright fascist mass movements.

As his book’s title proclaims, Mason seeks to provide a practical guide to stopping fascism in its tracks. But, as a Marxist, he knows that without a theory that accurately interprets reality, there can be no successful praxis. And a wrong theory may in fact be worse than no theory at all. This is what happened in early 20th century Italy and Germany. So focused were socialists and communists on reading fascism in terms of the struggle between the Capital and Labor that they failed to fully appreciate the relatively autonomous ideological dimension of fascist mobilization.

To the Italian and German socialists and communists, the fascists were principally a tool of the most reactionary sections of Big Capital to crush the working class. That its ideational or ideological dimension was central was something their antennae were insensitive to and led to their inability to understand why the middle classes flocked to Mussolini and Hitler. This is not to say that Big Capital did not ally with the fascists. They did, but they did not create fascism. The process was much more complex.

In the late 19th and early 20th centuries, anti-democratic ideas and anti-socialist ideas articulated by thinkers like Bergson, Nietzsche, and Spengler circulated in intellectual circles of the middle and upper classes. When the stable world of these classes was smashed by the First World War, the Russian Revolution, runaway inflation, and the Great Depression, the ideas were at hand that could potentially provide self-interested explanations and allow them to make sense of the disorder and provide new identities. Ideological entrepreneurs like Mussolini and Hitler enabled them to make this psychological transition by translating these ideas into politics aimed at attacking the “causes” of their crisis of identity: the Jews and uppity workers and their political parties. At the root of it all was the idea and vision of real freedom espoused by people and parties that threatened the old stable class hierarchies, with Hitler’s mouthpiece, Joseph Goebbels, expressing this hatred of freedom in his classic words about “erasing 1789”–the French Revolution—“from history.”

Vision is central to fascism, and it is a vision of a “glimpse of freedom” but fears instead of welcomes it. “In some people,” Mason writes, “the fear of freedom is stronger than the desire for it. When they decide to defend capitalism through fascism they are not doing so as the ‘agents of the capitalists,’ or even because they like capitalism.” Mussolini’s Blackshirts and Hitler’s Brownshirts marched and terrorized people and their 21st-century counterparts are doing so “because they fear the end of class society and hierarchy in general. They fear freedom.”

Turning to the present, Mason writes that capitalism has had a role in promoting the far right, but not in the sense of instrumentalizing it as a pro-capitalist mass movement but in destabilizing people’s psychological moorings. In both the US and Europe, people used to see their workplaces, their unions, and their political parties as social organizations that provided economic security, community, and identity. The advent and triumph of neoliberalism in the 1980’s changed that. Solidarity and community based on economic class and a shared middle-class lifestyle were replaced by an individualized identity as consumers, as market players in a society of seemingly shared prosperity but where rising income was increasingly replaced by rising debt as the mechanism of economic pacification. When this new world of the white male middle and working classes collapsed during the global financial crisis of 2008, their identity as consumers was likewise smashed, leaving many of them vulnerable to primordial ideas of “permanent” racial and gender differences. Ideas to which many of them had been attracted subliminally but could now be harnessed consciously to explain their new social condition. The violation of the “natural” order of things promoted by these ideas appeared to be affirmed by the sight of blacks, women, LGBTQIA’s, and migrants mobilizing for and securing their rights.

This was their glimpse of freedom, and they feared it. To many white males, confronted with a glimpse of the loss of white skin and gender privilege, this was the unnerving future that made them vulnerable to the Great Replacement Theory and other outlandish concoctions like QAnon that made sense, not rationally, but in terms of fulfilling their psychological void.

White males are also the prime candidates for far-right mobilization in Walter’s schema, though she comes to this conclusion from a methodology different from Mason’s Marxian psycho-historical Marxian analysis. For her and her colleagues, ethnicity has emerged in their global comparative studies as the prime predictor of susceptibility of society to civil war, and in the US, armed white radicals are on the cutting edge. However, ethnicity by itself does not produce conflict. It needs triggers or “accelerants,” and these are the emergence of hegemonic ethnic groupings or “super factions,” the exacerbation of conflicts by “ethno-nationalist entrepreneurs,” and the mobilization of ordinary citizens who feel that only the armed ethnic militias stand between them and those who would destroy them and their world. And to move from A to Z, social media, in particular Facebook, has become a central weapon of radicalization. On the destructive role of Facebook and its algorithms in facilitating the spread of lies, recruitment, and national and international coordination, Walter and Mason are in full agreement.

The fascist takeover is not inevitable, says Mason, but progressives must stop entertaining the wrong idea of fascists being instruments of Big Capital. They must put into motion the defensive arsenal of democracy, including legally banning hate speech as in post-war Germany and penalizing Facebook for serving as a platform for radical right organizing. They must learn to beat the fascists at what the Italian Marxist Antonio Gramsci called a “war of maneuver” by carefully identifying at which points in the radicalization process fascists can be halted and with what methods. But above all, they must work hard to bring about that one valuable lesson that the anti-fascists of the 20th century learned but applied too late to stop Mussolini and Hitler: the creation of a broad popular front of progressive and liberal, middle-class forces.

The workers’ movements of the early 20th century might be excused for their theoretical and political errors since fascism was something they had never encountered before. We, on the other hand, have no excuse if we lose again since we have their tragic experience to draw on to understand what fascism is and create a successful movement to defend democracy.

For Walter, it’s also late in the day, but not too late to save democracy. As with Mason’s advocacy of “militant democracy,” part of the response might involve “engaging in targeted retaliation…where governments should arrest, prosecute, and seize the assets of insurgents” and pursuing “a strategy of called ‘leadership decapitation,’ which involves imprisoning the leaders of a terrorist group to hasten its collapse.” But more critical, in the case of the United States, is to “undo fifty years of declining social services, invest in safety nets and human capital across racial and religious lines, and prioritize high-quality early education, universal healthcare, and a higher minimum wage.”

One can fully agree with Walter and Mason’s proposals, but aren’t they too defensive? Aren’t they short in that ingredient of which their enemies are full: passion? To beat the radical right, their foes must be imbued with passion, with more passion to fight and die for democracy than the right’s passion to fight and kill for fascism. Does not revitalizing the mass base of democracy require promoting the transcendence of capitalism, which is currently the principal source of the hierarchies and inequalities that the radical right is fighting to maintain? But one asks, would this not destabilize that united front between progressives, liberals, the middle class, and workers, the formation of which both Walter (implicitly) and Mason (explicitly) see as central to stopping the right? Can a united front or popular front program for the short term that reconciles itself to a fundamentally capitalist political economy be a part of a more overarching, strategic anti-capitalist vision?

Whatever one calls it, post-capitalism, socialism, or democratic socialism and a vision of a future worth fighting for is a must in the fight against fascism. And here we go beyond the provision of government-centered solutions to the creation of mass participatory political and cultural movements that not only assist people to make rational sense of the present but provide them with hope for the future, that is, sweep them off their feet. Proverbs 29 is right: “Without vision, the people perish.”