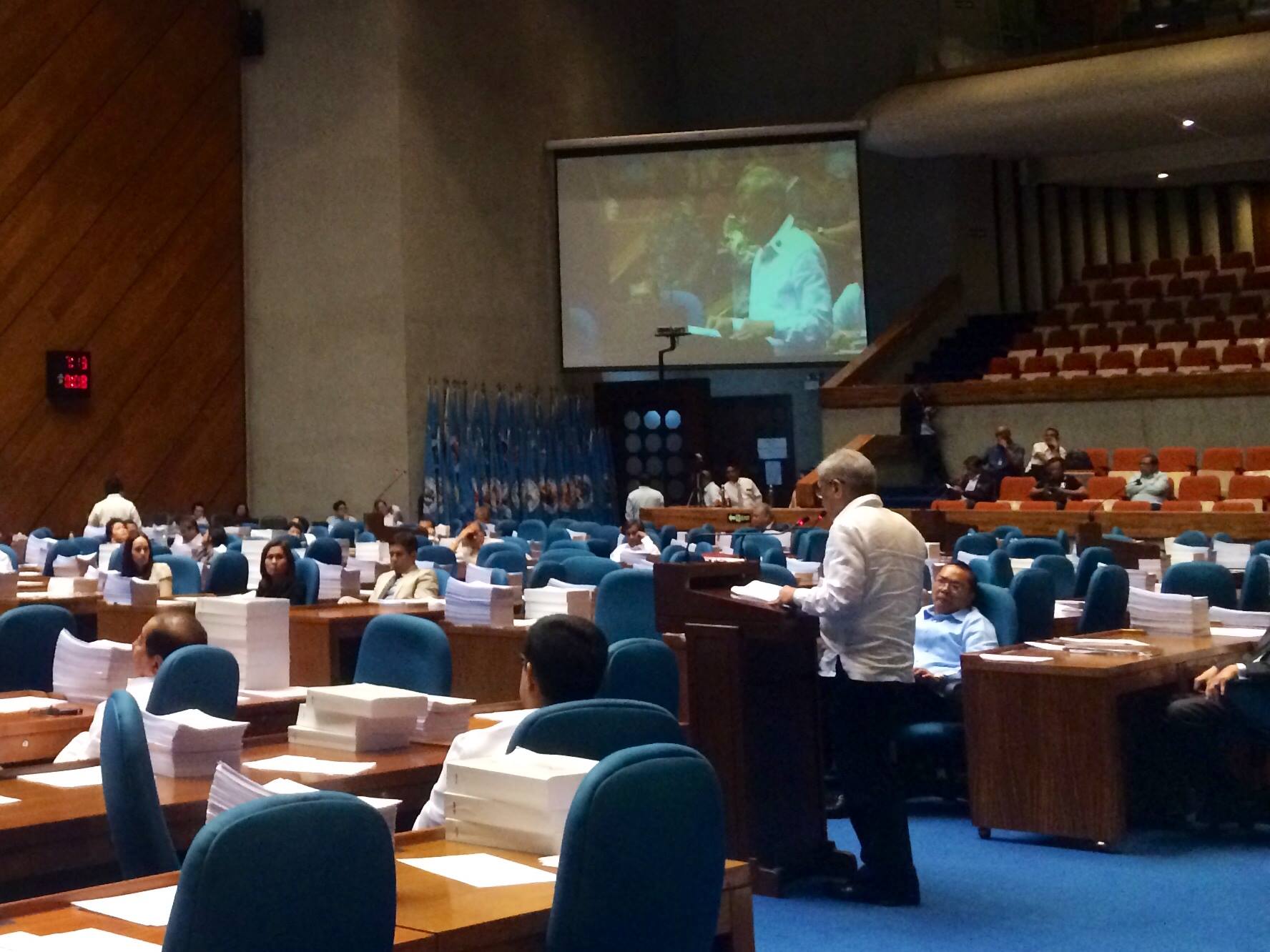 I stand before you today to give some parting words on the occasion of my resigning from this august body, which will be effective on

As you all probably know by now, I am resigning from the House because I can no longer support my party’s stand of supporting the president.  According to our party’s code of conduct, the representative in the House of Akbayan is tasked with promoting the official views of the party on fundamental policy issues.  When he or she can no longer support the party’s position on these issues, there remains only one way to resolve the impasse, and that is for him to resign.  I deeply respect my party’s leadership, and it is with the utmost regret that I have decided to make this move.

Since the reasons for my withdrawal of support from the president are now very well known, largely because the speech I intended to deliver last Wednesday has been widely circulated on the internet, I would like to spend the next few minutes on other, though related, matters.

Let me say first of all that I tried my best to remain an administration ally.  I fought side by the side with the president for the reproductive health bill, the signature legislation of the 15th Congress.  I supported increased funding for the Conditional Cash Transfer Program, which was also a presidential priority.  More recently, I have been vocal in my support for the Bangsa Moro Basic Law, and argued against those, like Senator Alan Peter Cayetano, who would bring us back to the battlefield.  I have also spoken against efforts to destabilize the administration in the last few weeks, emphasizing that whatever its faults, the democratic legitimacy of the Aquino administration is unquestioned.

It is unfortunate that on such vital issues as the Disbursement Acceleration Program, the retention of inept, reckless, or corrupt officials, and, of course, presidential behavior on the Mamasapano tragedy, my stands have come into conflict with Malacanang’s.  It is also unfortunate that Malacanang’s expectations of its allies are different from mine.  I feel that the best ally is one who tells the president not what he wants to hear but what he should hear, whether or not he wants to hear this.

But I would like to dwell on more pleasant things.

Let me just say that I have learned a great deal from my colleagues during my six-year stint in the House.  Some of us may have been on opposite sides on a number of issues, but for the most part, we have treated each other with the courtesy and respect that governs our behavior in the House.  I really appreciate this collegiality, although I will never regret the act that led to a charge of violating parliamentary courtesy in the Committee on Ethics during the 15th Congress—something I am happy to disclose to those members who were not here to witness that memorable event.

I have formed friendships on both sides of the aisle, and I plan to keep and nurture these when I have left these august halls.
I thank our good Speaker Sonny Belmonte not only for his political leadership but also for the care and solicitousness he manifested for my wife’s health and recovery.  I very much value my having worked with the Speaker, Majority Leader Nepthali Gonzalez, and the rest of the House leadership.

Of course, I will miss the interventions of my friends in the opposition, particularly Jonathan de la Cruz and Lito Atienza.

One must not forget to extend one’s deepest thanks to Secretary General Marilyn Barua-Yap and the very hardworking staff of the House of Representatives.

I would like to especially thank the secretariat of the Committee on Overseas Workers’ Affairs, in particular the Committee Secretary Chris Lomibao.  In addition to Chris, let me also extend my gratitude to two other committee secretaries with whom I have worked closely, Millet Apostol of Foreign Affairs and Debbie Garcia of Suffrage.

I will always have fond memories of my own hardworking office staff led by Chief of Staff Kit Melgar and would like to apologize for this unexpected turn in their professional lives.  Transitions are never easy; what more, sudden transitions.

I cannot forget my many friends in the House media.  For the most part, they have been fair in reporting my views and those of Akbayan.  A free press is an indispensable pillar of democracy.  My six years of working here has more than ever made me treasure this truth.   Lest we forget, the debate we are having on Mamasapano is something that cannot take place in Thailand, Vietnam, Laos, Burma, and China, and we must make sure the rights to free speech and a free press are never curtailed.

My replacement in the House, Angie Kato of Zamboanga, will be joining you soon.  May I request that you extend her the warmth, hospitality, and courtesy that you extended to me?

If my colleagues in both the administration and opposition might entertain some requests from a departing friend, let me make the following:

–       Please pass the Bangsa Moro Basic Law.  The BBL is a necessary condition for lasting peace in Mindanao.

–       Please reopen the House investigation on the Mamasapano tragedy.  We have only seen the tip of the iceberg, and it is incumbent on us to uncover other dimensions, including the role of the United States.

–       Kindly pass the amendment to the CARPER agrarian reform extension law.  Our farmers have waited for close to thirty years to finally possess the land they till.

–       And, finally, finally, please pass the Freedom of Information Bill.  Our democracy requires the transparency the FOI will provide.

I cannot but end with words for our president.  While our differences have predominated in recent days, I will not forget those times when we fought on the same side, like the epic struggle we waged for the reproductive health law.  That victory was the zenith of the administration, and it is one I will always remember.

Let me end with one plea: Mr. President, please accept the responsibility for Mamasapano.  The whole country is waiting for this gesture.  Do not disappoint the people who elected you to high office. This act of courage may not bring closure to this national tragedy, but it will definitely bring us closer to it.